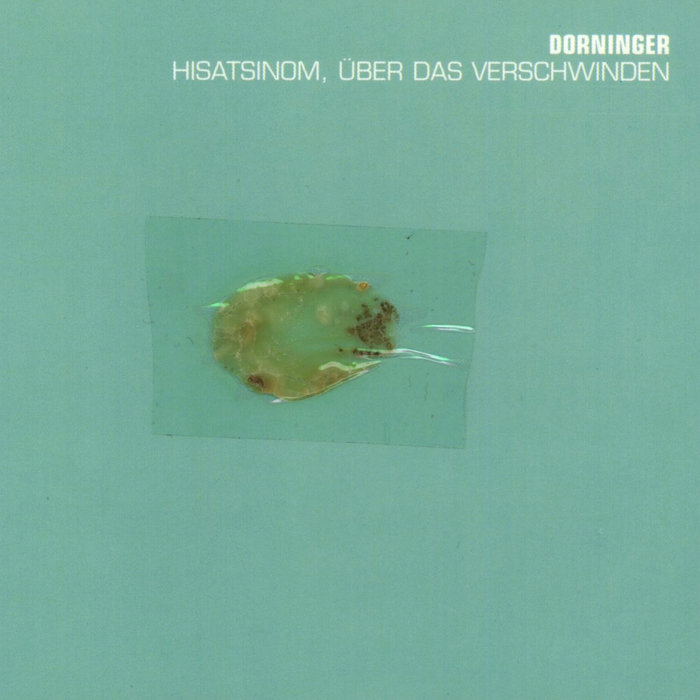 "Hisatsinom, a piece about vanishing" consists of 10 interconnected parts.

Subject: the disappearance or transformation of cultural codes, demonstrated by the end of the culture of the Hisatsinom (Anasazi) in the Four Corners District (Utah, Colorado, New Mexico & Arizona). The pieces who are given titles like "The End of Chaco", "Synchronised Minds", "Relation, Etappe der Beliebigkeit" (= Relation, stage of interchangeability), "Kollektive Halluzination" (= collective halluzination) or "Silence" touch such themes as the synchronisation of the individual, the disposal of natural barriers or functionalism in music.

Video: Two videos are projected on three screens, differing in material and surface. While in a kind of slideshow projection 1 is focusing on almost motionless extreme close-ups of organic material (nature), projection 2/3 is showing text animations (by Dietmar Bruckmayr) and piece related pictures (Techne).

Starting point: the culture of the Hisatsinom. Chaco Canyon was the centre and record-office of the Hisatsinom's religious and esoteric knowledge. It also served as a calender for their ceremonies and rites. To express their cosmologic view of life the Hisatsinom oriented the building of their pueblos exactly towards the courses of the moon and the movements of the sun -a masterplan of a culture still unaquainted with writing. However, within two generations this very advanced civilization (800 b.c. - 1350 a.d.) collapsed and broke down. Until 1995 there had not existed any scientific finding to prove the culture's sudden termination. Thus, reasonable speculations about a "great draught" and stargate phantasies of X- File authors were being discussed side by side. The people of the Hisatsinom were headed by a priestlike society whose members functioned as gods' representatives on earth. The positions of the priests as embassadors of the gods was established due to their outstanding knowledge of astronomy, geometry and biology - a knowledge which enabled them to forecast the monsoon in the summer or rainfalls in winter. Consequently, the common Indian peasants regarded them as nothing but masters and rulers over nature. Very probably, the end of the priests' infallibility was caused by a climatic change in the middle of the 13th century. The attempts to appease the gods by building even greater structures and streets were thus doomed tu failure. The strong belief of the Hisatsinom society rapidly deminished, and in the south new creeds - such as the more "terrestrial and democratic" spirit of kachina - were tempting. The chains broke, the signs of supposed "gods" lost their power. A spiritual crisis with catastrophic effects caused the collapse of a highly advanced civilization. When the Hisatsinom abandoned their places they left everything behind and didn't keep anything of their old culture. It appears that they wanted to extinguish these signs for good. "Hisatsinom, a piece about vanishing" is based upon this story although the piece predominantly focuses on today's phenomenons of disappearance. Texts dealing with American topics are written in English, Europan themes are expressed in German. Translations are available on video.

Research: The publications "Ästhetik des Verschwindens" by Paul Virilio, Musik und Vergessen" by Daniel Charles (both published at Merve), "A Primary Architecture of the Chacoan Culture" by Anna Sofaer, "High Noon on Old Bonito" by Stein, Suiter and Ford, "The Prehistoric Pueblo World A.D. 1150 - 1350" by Michael A. Adler and "Social Strife May Have Exiled Ancient Indians" by Georg Johnson were more then only true companions to me and the piece.

The french cheese on front of the cover is a hommage to Dieter Roth.

base is a recordlabel based in Linz, Austria. base publishes music in a range from soundart to minimal techno.

Speak to eyes and people will follow
Light up the night for eternal delight
Move on, you are speed, already machine
Run by corporate dreams

No beginning, no end
no pain, no death

No beginning, no end
No morning, no day

No beginning, no end,
No shadow, just light

No beginning, no end
No mind, no love
Track Name: Silence
Silence

Twice a year
On thankesgiving and christmas day
The temples are closed
Timeout for corporate dreams
Single needs and tempting signs
No puls, no signs
Silence
In the temple of the $

Bandcamp Daily  your guide to the world of Bandcamp

Featuring Oakland sounds from the Smart Bomb collective and Samplelov.